Mr. Nice Guy: 4 Signs He’s a Good Guy But Not Good For You

People don’t realize that there’s a difference between being A good guy and being THE [good] guy for her.

Stop encouraging girls to reply to the nice guy’s texts just because he’s nice. via @lifeinapile

You never know what she needs in a relationship and taking someone to their full potential requires more than love letters and flowers. Below are four reasons you shouldn’t settle just because he’s a little nicer than the others: 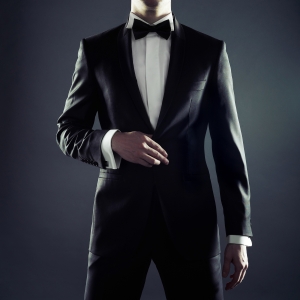 A true gentlemen doesn’t pick and choose who he wants to be a gentlemen with; however, there are things that he should only do for the girl he wants to be with. In A Bunch Of Lovers Who Don’t Know How To Love, I explained that in order to love correctly you must learn your partner and love them in a way that caters to who they are individually. A man that gives you the same treatment as he gives every other girl is a man that hasn’t taken the time to figure out who you are and what you need to become the woman you’re destined to be.

He’s only been in one real relationship.

Is he really a nice guy or is he the “I’m-the-nice-guy-that-no-girls-give-a-chance-to-because-they’re-all-villians-and-I’m-the-victim” kind of nice guy? If he’s so great, why isn’t his hotline blinging? Why girls aint calling him on his cellphone telling him they need his love? He could be a good guy just with a lot of issues. You want to be a gf, not a full time therapist. Let him go figure some things out first then maybe try again.

He gave you every reason to like him and you still don’t.

Parts of him doesn’t bring out parts of you.

The good AND the bad times in a relationship are what helps a person grow. What’s the point in being with someone who believes they’re the “perfect” boyfriend and will never make mistakes? What will you learn from the times your relationship went to shit? What’s the point if his flaws doesn’t teach you things about yourself? People are placed in our lives for two reasons: to learn from us and to teach us. Because we’re all still growing, you don’t want someone who claims to already be the full package.

There are a lot of Mr. Nice Guys who try to use this title to play the victim and make you feel like you don’t know your worth because you won’t fall for him. I listed 4 valid reasons why it’s perfectly okay to not want to reply to his texts or hangout. What he’s doing for you isn’t special, he may come with a lot of issues, the chemistry just isn’t there, and he can’t make you better are all things you should consider the next time a self-proclaimed “nice” guy tries to make you feel bad for choosing someone else.

Why Lazy Sundays Are Causing You To Hate Mondays