Crazy starts with an “I” 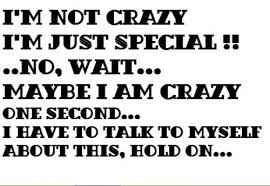 Only one man in the world can call me crazy & I wouldnt be able to do shit but agree. & no it wasn’t because dicktoobomb because I’ve never had it. It was because I had just lost my mom a month before so I was fragile and vulnerable. Anything he didn’t do that I wanted him to or anything he did that wasn’t perfect I was lashing out. All because I didn’t feel secure and loved enough. He had to constantly remind me he loved me. He had to constantly remind me he was on my side. He had to constantly tell me to calm down when I was overreacting. I was shamelessly crazy BECAUSE I was insecure on top of depressed. Not just because I’m “the crazy gf.” That’s not the girl I am today but it’s still something I’m not proud of. So my point is, I don’t see why being “crazy” is the new thing now. Being mentally FUCKED UP is not an accessory to an outfit. It’s not something you are today and aren’t tomorrow. It’s not something you put on a resumé. It’s something people seek professional help for. 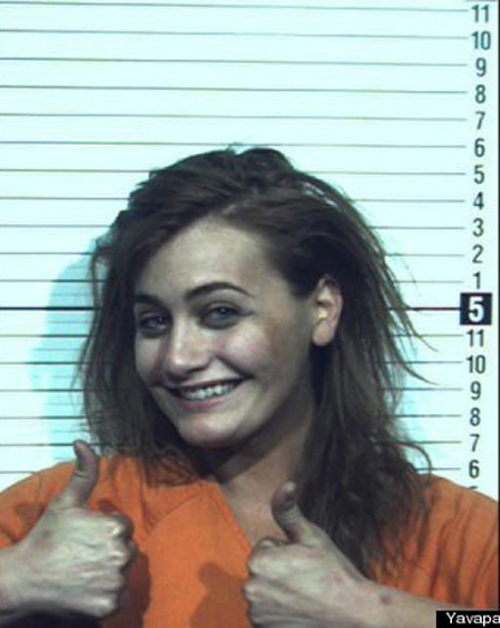 Wait, guys still don’t know that some girls will say they got one titty if they knew that impressed the dude they wanted? STOP TELLING GIRLS YOU LIKE CRAZY BITCHES THEN GET MAD WHEN YOUR DICK IS IN A BIRTHDAY CAKE AND IT AINT EVEN YOUR BIRTHDAY. Girls play crazy at first then get too much in character when they lose control of their emotions. Now they smirking in their mugshot looking like, “yeah I killed his ass. That’s right.” All because you said you like your girls crazy. Be specific. Say you like girls that dont play the bullshit. Say you like girls that’s gonna check you when you wrong. Say you like girls that’s not gonna let you cheat on them repeatedly. Not these WEAK bitches that say dumb shit like, “Im cutting a bitch if she even look at my man.” Um, personally, I like my nigga fine with good taste in clothes, a little cocky that don’t give every girl the time of day. I keep telling y’all this. If she’s not looking, wondering how I got him and why she couldn’t get him, maybe I picked the wrong nigga. 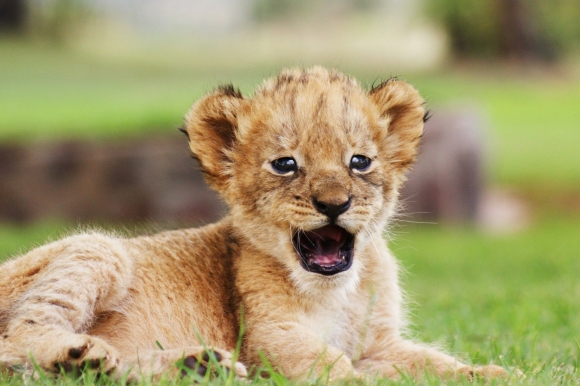 Crazy starts with a C but the next letters aren’t UTE. Cute are those new pairs of shoes I bought. Cute is your dude saying, “I wanna travel the world with you.” Cute is a smart ass comment someone made. Cute is Pikachu. It’s NOT being stressed the fuck out wondering who mentioned him on Twitter today. It’s NOT making fake profiles to stalk him because he blocked you after you threatened every girl on his page. Cute is not being angry and anxious all the time. Hold it down, mami. Insecurity is the ugliest thing to wear. 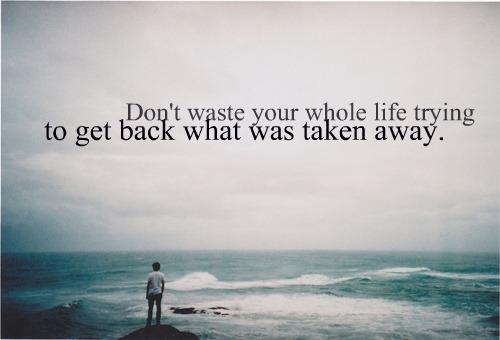 So, let’s say you’re not the crazy gf but the crazy ex-gf. Girrrrrrrl. You already losing. Not only is he not in your life, you put your life on pause then pressed play when it was time for it to revolve around his. “He aint used to do that for me.” So why do you want him back? Why you so pressed? I’m confused. Cause everyone knows what one person won’t do, another person will. Take it as you made that nigga a better man and she should thank you. DM her your address because 10/10 you have her Twitter name saved in your search bar. But do not be out here turning down dates to sit in your room and stalk your ex. Only the girls that feel like they’re ugly dont believe they can play any-minnie-miny-moe in the sea full of niggas. Put some lotion on them ashy ankles, add a few inches to your favorite heels to match your standards, then play pick-a-boo. Stop being the crazy ex who still turn down guys 2 years after the breakup because ya’ll “working it out.” 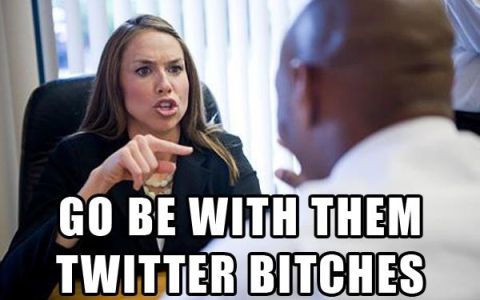 Let’s talk about the bitches that WANT to be crazy sooooo daaaaamn bad. Every other tweet, “Im a crazy gf. 😡👿👊🔫” wooo, you’re a badass. or they say, “my man know what i’ll do to his dick if I ever found out he cheating on me”. Yeah, RIDE IT and forgive him. fuck outta here. Calling his phone 10 times is not crazy. If you was REALLY crazy, your boyfriend wouldn’t have disrespected you countless times because you would’ve killed him after the 1st. If you was REALLY crazy, you’d be popping pills like skittles because you’re hearing shit. If you was REALLY crazy you wouldn’t pick and choose who you’re crazy with. Everyone would get “crazy” from you. & lastly, you wouldnt have your friends stalking that girl’s page for you after you found out she’s the one he cheated with. You would’ve been putting your thumbs up in your mugshot like you playing 7-up looking like the girl in the pic above. & Sidenote: Who exactly are the Twitter bitches & why are y’all so threatened by them? He’s with you PHYSICALLY and you’re telling him to go be with someone who’s probably tweeting from Bangkok. On top of that you’re actually intimidated, never mind the fact you’ve never met these “Twitter bitches” a day in your life. Hmm, Cool story bro. 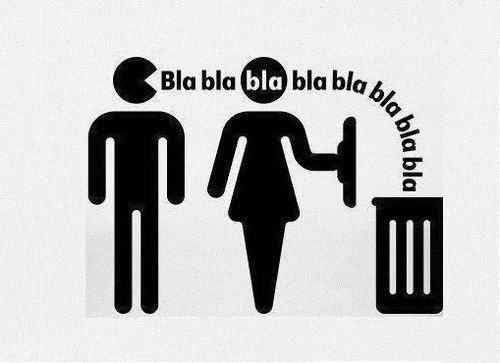 I wrote this to say: when you spend so much time trying to convince us you’re crazy, this is what we hear. Actually, I hear “I’m so fucking basic” instead of the blah blah blah’s. I automatically assume you’re weak because your life revolve around niggas, which is a weak bitch trait. You love these guys so much you act like you dont play that shit in order to keep them when you really do play that shit which is why you have them in the first place. Stop ACTING like you don’t play and ACTUALLY dont. Insecurity shows in all of your actions. Blowing his phone up. Going through his likes on IG & stalking random girls. Making fake profiles. It all proves that you’re not sure of your position. You’re not sure of his love for you. You’re not positive that you can have any nigga walking. Last time I checked, they don’t prescribe pills nor do they put you in a straitjacket for being insecure.