The Unlearning Process: The Miseducation Of Men, Women, And Sex 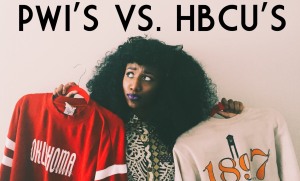 I’m always confused when black people ask me what made me attend Howard University. I’m even more appalled when they’ve actually mustered up reasons why attending an HBCU puts me at a “disadvantage.” You never asked a white person why he/she didn’t choose an HBCU, so why are you asking me why I didn’t choose a PWI? I simply shake my head and remember that we have a long way to go with the unlearning process. We have to unlearn that white is right and that white people and their institutions are superior. I look at women who degrade other women the same way. You never questioned a man’s morals and values based on his sex life alone so why do you do it to women? Why is your first instinct to degrade her because her sex life or decisions aren’t widely “accepted?” Better yet, why aren’t they widely accepted? I don’t call women hoes simply because hoes don’t fucking exist. Have you ever heard of scientific colonialism? It’s the political control of knowledge and information in order to advance a particular agenda and/or prevent another group from advancing its own. In other words,

in order to advance their agenda of controlling you and her by associating sex with a negative word/connotation. In more other words, a man created these degrading words and you continue to push his agenda when you do the work for him – degrade your fellow woman.

I’m always thrown off guard when I hear women being misogynistic. It’s one thing to greet your best friend like, “guess what hoe!” versus “you’re a hoe if…” and their reason doesn’t even relate to sex. First, I’d like to be the one to ask: who the fuck died and made you the hoe God? Who said you get to determine what makes a woman a hoe or not? Who said you can totally forget everything you and your vagina been through to speak on the next one? Second, no one wants to be called a hoe, right? So why would you degrade the next woman if you know how it would make you feel if the tables were turned?  Third, have you ever wondered why the same act is only bad when ONE gender does it? How is that NOT a sign of the power of the other gender? We’ve never had a woman president, men get paid more than women for doing the same job, men are considered the head of the household, etc. We can all agree that we live in a patriarchal society, right? So just like

you had to unlearn all of your European values, it’s time to unlearn your patriarchal ones. via @lifeinapile 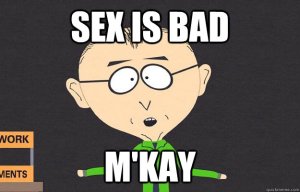 In order for hoes and sluts to exist, sex must be a bad thing. It can’t only be bad when one gender does it; it has to be bad overall because then we can all be hoes and sluts together. Oh, that’s not what you want? okay, so it can’t be bad at all and none of us would be hoes and sluts. Oh, that’s not what you want either? Make up your fucking mind. It’s either bad for all of us or bad for none of us. Why don’t we all just look at sex as…sex. We don’t have to call it a good thing or a bad thing, just a thing that happened because we felt like doing it or a thing that didn’t happen because we didn’t feel like doing it. Women should not be going around saying, “I’m a hoe, so what?” just because they’re sexually liberated. That still pushes the original agenda that a woman shouldn’t be sexually liberated, only now it shows that she’s proud of it. Granted, it’s a good thing that you didn’t need permission to do what the fuck you wanted as a grown woman. However, we should focus more on getting rid of the derogatory words and negative connotations altogether instead of focusing on being “proud” hoes.

We all have some unlearning to do. If your skin is the same color as mine, you’re dealing with our black men being on the verge of extinction and our black women feeling betrayed by our black men, it’s a lot – I get it. But how can we advance when we’re lifting each other up in one area, but putting each other down in the other? We either have each other backs 110% or not at all. We’re all guilty of degrading a woman in one way or another because that’s what we’ve been taught to do. However, I wrote this to make sure you know better because now you’re required to do better. It’s time to unlearn that men can do what they want just because they’re men. It’s time to unlearn that a virgin is more valuable than a woman who had sex before. It’s time to unlearn that hoes and sluts are actually real things unless we all want to agree that sex is bad. It’s time to let go of the need to control women by making them feel bad for their actions – the same actions you did when you went to Vegas last year. It’s time to empower, uplift, and inspire every woman and man because we have bigger shit to deal with than trying to decipher who to call a hoe and who not to call a hoe. Degrading her won’t make him want you. Not having sex won’t make him text you back. Making her feel bad about having sex whenever she wants definitely won’t make her have sex with you. If you can unlearn what was taught to you by people who are nothing like you then you can unlearn what was taught to you by men whose original agenda was to control you and/or the women around you.

How My Deadly Sickness Forced Me To Dream Unapologetically

Your box too box-y.